Popular Searches
imageek hub What about Siri and TestFlight, the apps that Apple acquired?

What about Siri and TestFlight, the apps that Apple acquired?

It's not uncommon to see which company or App Apple has acquired in tech news. Tim Cook even said in an interview that Apple buys a company every 3-4 weeks.

Many of Apple's products and features are related to its acquisitive behaviour. The shortcut commands, Siri, and even Touch ID and Face ID that we use every day were all made by Apple through acquisitions. Here's a look at some of the apps and companies that have been acquired by Apple and what has become of them.

If you've been following tech news for the past few years, you know that Apple has rebranded Workflow as Shortcut Instruction and shipped it preinstalled in its system. But what you may not know is that we all use Siri, TestFlight, and other apps that Apple acquired.

Workflow, first launched as a third-party application in the App Store, has become a favourite of many Power users because of its excellent scalability and shallow entry barriers. At the time, Workflow solved downloading Instagram images, looking up movie scores, or even batching multiple keywords and saving the first image.

Thanks to these features, Workflow was named the Best App in the App Store in 2015 and was acquired by Apple in 2017, bringing the development team under its control. A year after Apple acquired Workflow, it was still available for download on the App Store, but the price became free.

In 2018, with the release of iOS 12, Apple announced that Workflow would be renamed Shortcuts and built into the system. With the help of Apple, Shortcuts adds a large number of new features in one go. Compared to the Workflow era, Shortcuts has a higher level of system permissions. It allows you to detect and adjust your system and devices' state, bringing the usability of Shortcuts to a new level.

Now, Shortcuts adds automation. You can automatically run a series of actions on your device by scanning an NFC, setting the time, and so on. With the continued support of third-party apps, Shortcuts have become one of the most powerful productivity tools available on iOS.

Surprisingly, Siri was also acquired by Apple. Like Workflow, Siri, which was created in 2007, was originally an app for iOS, but it also has Android and BlackBerry applications. In 2010, Apple acquired and redeveloped Siri, and at the next fall event, we were introduced to the iPhone 4S with Siri in it. 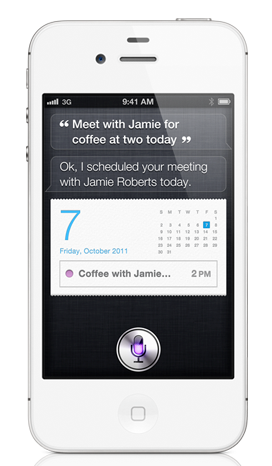 In its early days, Siri wasn't nearly as feature-rich or as natural as it is today, but it certainly brought the concept of a "virtual assistant" a step closer to the masses. Siri can now make calls, send and receive text messages, open apps, tell jokes and perform B-boxes to enrich our lives.

Interestingly, Siri was initially developed as Calo, a research project at DARPA under the U.S. Department of Defense, and was a national virtual voice assistant. Apple is setting Siri more than "voice assistant", and the Siri Suggestion you often see in your system may be a sign that Siri is moving from a "voice assistant" that passively carries out commands to an "artificial intelligence" that increasingly understands you.

If you've ever tested an app on iOS/iPad, you've probably used TestFlight. The App, which allows developers to distribute apps for testing before they are available on the App Store, was also acquired by Apple.

TestFlight was founded in 2010 as a platform for testing apps for iOS and Android devices. At the time, TestFlight could only be used to distribute beta apps. It wasn't until Busty bought TestFlight in 2012 that it developed TestFlight Live, allowing developers to capture install rates, purchase rates and other data.

In 2014, Apple acquired Busty and took TestFlight as a first-party application, giving developers a way to distribute beta versions of their apps and collect testing data. TestFlight lets users learn about the latest features of their App and connect with developers to report bugs.

TestFlight, as a distribution channel for beta apps, has a much looser review mechanism than the App Store. This has resulted in some apps that are not available on the App Store being distributed via TestFlight.

However, due to Apple's restrictions, each version of an app in TestFlight can only be stored for 90 days. If the developer fails to update the App within 90 days, users will not download the App from TestFlight. Users can switch between different versions of the App to compare the differences between versions before a performance is deactivated or removed by the developer.

Shazam is a music recognition app. In addition to songs, Shazam can also recognize movies, T.V. shows and even commercials using the device's microphone.

Shazam was first founded in 1999 and launched in the U.K. in 2002. It was called "2580" because users had to dial 2580 to access the service. After waiting 30 seconds, the phone would automatically hang up and send the identified song information to the user by text message. It even added a hyperlink to the text message, allowing users to download the desired song directly.

In 2008, with the launch of the App Store, Shazam debuted as a mobile App. After identifying a song through Shazam, users can jump directly to iTunes to make a purchase. Android and Windows Mobile versions of Shazam followed.

In 2017, Apple announced that it would acquire Shazam for $400 million and closed the acquisition the following year. But Apple already integrated Shazam into Siri with iOS 8 in 2014. You can ask Siri, "What is this song?" and it will call Shazam to recognize it.

After being acquired by Apple, Shazam continues to serve Android and Windows users. Shazam also offers WatchOS and Wears versions, so you can recognize the songs you're listening to anytime, anywhere. Not only that, but in iOS 14, you'll also find Shazam's "Music Recognition" in the Control Center and support for turning on Music in Apple Music. It makes up for Apple Music's lack of "listening to songs and recognizing songs" function.

Swell is an online radio service that allows you to select your interests, and it uses a sophisticated recommendation algorithm to recommend shows to you. Before Swell, these features were often confined to music streaming, but Swell has brought them into the realm of news, talk shows and even partnered with the BBC, TED Talks and others to create podcasts to fill users' commutes.

At the time, Apple's official Podcasts app wasn't handy, and they had problems finding Podcasts. The acquisition of Swell will improve the experience of using our podcast app, but it will also pave the way for Apple Music's launch.

Today's Apple Podcasts are still no more functional than third-party apps with various features, but in terms of the experience, they're a lot better. One of the more significant changes to the Swell acquisition is the radio feature.

Just in 2020, Apple completed the acquisition of Dark Sky. The service, which provides local weather information and can be accurate to the minute, has been favoured by many users. Apple's acquisition may improve the weather app experience, and we may see a significant update to the weather app in iOS 15 this year.