To buy a mechanical keyboard, many people will always feel that only programmers will use, ordinary people usually code to play games, with their own ordinary keyboard can be. In fact, it is not. 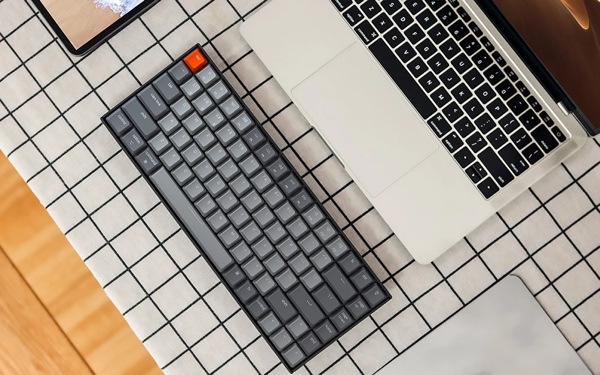 Ordinary office workers do not engage in gaming, not programmers, but more need to use the mechanical keyboard, because they work with the keyboard every day, an excellent mechanical keyboard can bring a more relaxed and enjoyable typing experience, work efficiency are improved. 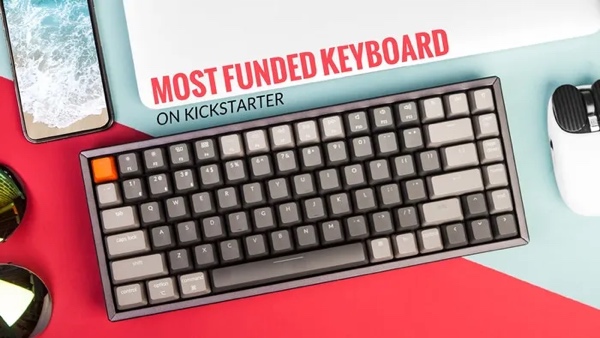 Such a mechanical keyboard Keychron k2, which is recommended by tech gurus as a New Year gift for men, is really the best choice.

Compared with the purchase of a computer equipped with an ordinary keyboard, mechanical keyboard has several grades higher pressure feel, will reduce hand fatigue, but also allows your fingers to fly on the keyboard will not soon be sore.

This is a great choice for people who spend a lot of time using keyboards for fun.

Today we introduce you to such a non-programmer keyboard recommended by foreign technology gurus - the 84-key, RGB-lit Keychron k2.

Women give it to men as a New Year's gift, and you can't go wrong with this choice.

If Keychron launched the K1 ultra-slim keyboard in order to open up the market, in terms of technology and research and development to set the impression of a geeky technology positioning, then this more upgraded K2 is after the word of mouth, more expected, available to a wider range of people mechanical keyboard.

It made a high-profile debut on the Kickstarter crowdfunding platform with a crowdfunding amount of $1 million. Since its launch, it has been covered more than 100 times by top-tier overseas media, including three of the world's top 10 tech media: The Verge, The Next Web, and Digital Trends.

It was even featured in American tech sensation MKBHD's 2020 Video of the Year.

The fact that MKBHD, who uses top-of-the-line tech for everything, is also using the civilian-priced Keychron K2 speaks for itself in terms of its usefulness and quality.

Keychron keyboards are also highly recommended by Unbox Theapy, which I follow often. You know, these tech redneck circle tables are digital electronics that start at tens of thousands of dollars.

If you are a wordsmith, choose the red axis.

If you're a gamer, a video gamer, go for the cyan shaft.

If you do a little bit of everything, then choose the tea axis.

Gateron shafts are well known among keyboard players for their diverse and mature shaft types, and their cost is relatively inexpensive. If the German Cherry is an industry benchmark, the Gateron axis does have some room for improvement, but the gap between the two is really getting smaller and smaller.

Therefore, Keychron this K2 keyboard, the price is lower, but the quality is not bad, and even the overall workmanship is more textured and geeky than the official Cherry.

Not only does the hardware work well, but its good compatibility has also become an important reason why it is highly respected abroad 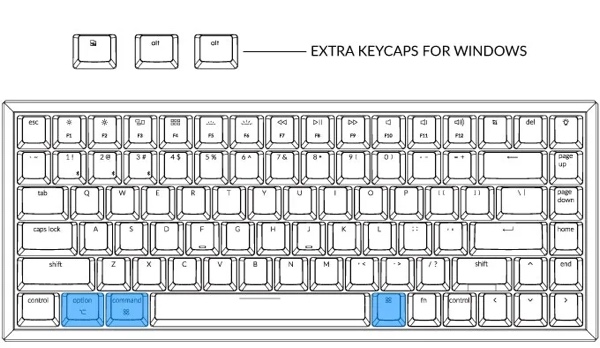 Although it is mainly designed to adapt to the MacOS system and equipped with the keyboard is also Apple keyboard.

However, it can accommodate both Windows/Android and MacOS/iOS systems, and this toggle can be adjusted left and right.

If you are used to Windows keyboards, there is a free Windows keycap set and key puller that you can replace with your own.

All in all it means that no matter what computer device you use, you don't need to worry about compatibility issues with it.

There is also a special, separate screenshot button on the top right. You don't have to remember the shortcut keys to take a screenshot, just press this button and you're done. (Available for Windows/MacOS)

A K2 keyboard is compatible with two connection modes, Bluetooth wireless and wired mode. A computer with or without a Bluetooth device, or a display can be used.

And it can connect up to 3 devices with Bluetooth. Simply combine the corresponding channel pairing buttons to switch between devices.

By a Bluetooth mechanical keyboard can be "connected", it is too convenient!

Good experience, technology gurus are recommended, and good compatibility, this is what I want to recommend to everyone a good object! It is also the best choice for men as a New Year gift!

Full of texture, exactly what many people want geek style, the whole keyboard even feel and texture are very good.

I personally like the color scheme, the mysterious black and gray with a geeky style, and the orange "esc" in the upper left corner of the machine.

The color jump is especially noticeable in the gray key cluster, and the clash of colors is like the finishing touch to the whole keyboard, which brings a touch of dynamic atmosphere instead of the dullness of work, and is quite an appreciated design.

What man can resist that! Give it to men as a New Year's gift and they will scream.

Look closely at this aurora! Who can resist it!

The same as its predecessor, it comes with 17 RGB lighting effects such as static, flashing, and breathing, which can be quickly changed by using the toggle keys on the keyboard. You can also use the "Fn" key + left and right arrow keys to change the light color.

Such a mechanical keyboard Keychron k2, which is recommended by tech gurus as a New Year gift for men, is really the best choice.