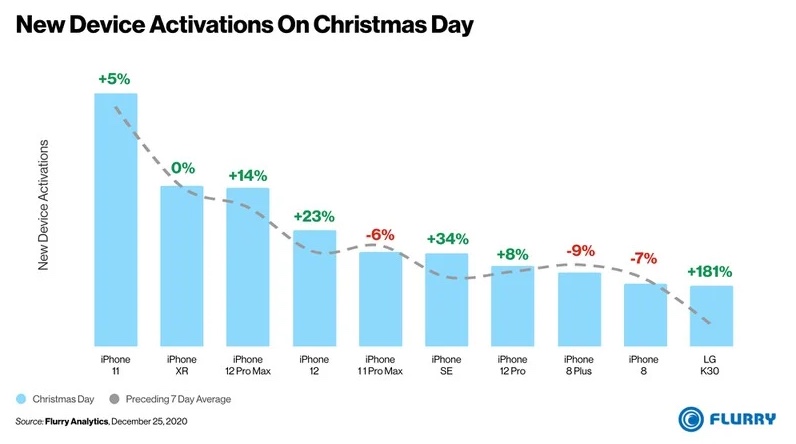 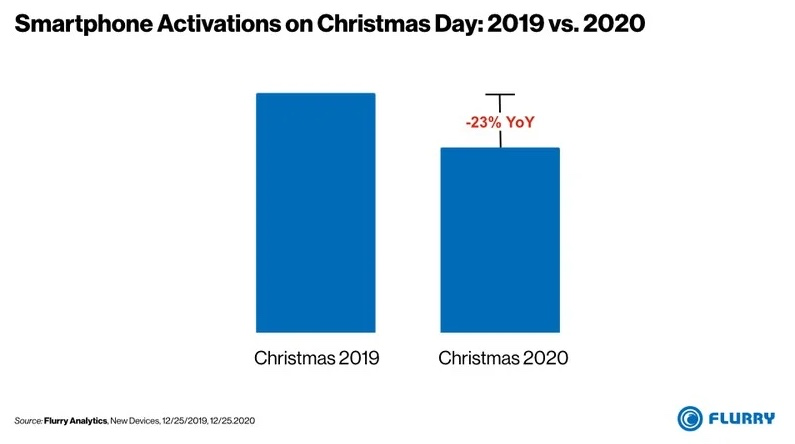 The iPhone 12 mini is not on the list, which also reflects that the device may not be as popular as other iPhone models. Flurry Analytics’ data comes from more than 1 million mobile apps. Compared with Christmas 2019, the number of smartphone activations this Christmas has dropped by 23%.