I believe that many friends who have received or downloaded the game "Monster Hunter: Rise", in the actual process, must also feel the sadness of the monster abuse people and the vast wilderness of it!

Today, I would like to share the magic objects, weapons and gain items with you in this world, hoping to bring some convenience to you who are "opening the wilderness"! Because of the complexity, we're going to start with weapons, and we're going to look at the first part of weapons.

In this wild world, what you need most is a handy weapon! In Monster Hunter: Rise, Capcom offers new moves for 14 weapon classes (specifically replacement moves introduced at the end of each weapon skill). Below, we reveal the secrets one by one! 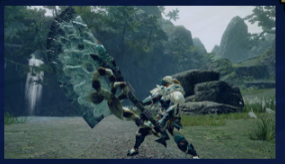 With a vast body, the giant sword can deliver a powerful slashing strike and a wide range of attacks. It can also be defended in a critical moment. Accumulative chopping increases strength over time, and its most potent strike is unmatched. The skills attached to it are enhanced Na Dao, hunting blade, and King Kong Li Chop's replacement technique.

1, iron worm wire technology to strengthen the knife: recharge, cut! High speed moving forward at the same time knife. After the blade increases the damage for a certain period. 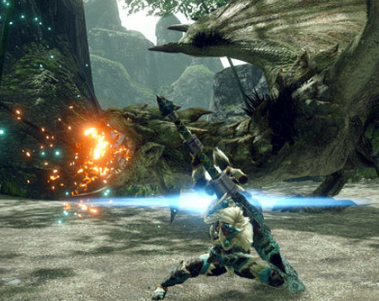 2, iron worm silk technology hunting edge: big sword split cloud, earth-shattering! Attack while jumping forward. It can also cast a powerful charge in the air or charge down the plunge after hitting the target.

3, iron worm silk technology diamond storage force cut. It can be used in place of the Iron Worm Thread Technique "Hunting Edge". Use the flying worm, lower the body to step forward quickly, and release the substantial accumulation of power to cut the move. The whole body is tight when stepping, even can withstand the blowfly attack.

The tidal is a weapon of extraordinary sharpness. You can use a high-powered Chi Blade to attack your prey by using the Chi Grooves you have saved. It also has a unique skill that allows it to see through an enemy attack and fight back. It comes with the following abilities: Water Moon Stance, Flying Kick, and the replaceable Sakura Iron Bug Air Blade.

1, iron worm silk technology: water and moon posture. Static as water, arc on a flash posture if attacked, will carry out a high-speed counterattack.

3, iron worm silk technology cherry iron worm gas blade cut. It can be replaced with the Iron Worm Thread Technique "Flying Kick". Wind - like move can be used to shorten the distance and deliver a chopping strike quickly. It will cause a chase with a time difference to the place hit, opening countless wounds. The colour of the air grooves on hits increases by 1 stage.

The one-handed sword has fewer flaws and is suitable for continuous attacks. Moreover, evasive actions can be quickly derived after most attacks. The shield can be used for both offence and defence and can be used to defend and attack.

1. Iron worm silk technology: flying shadow. Xiang empty fly shadow, dance day broke ground to jump to the front while launching an attack. An attack on a hit spawns an update. After the derivative, but also in the air to cast a solid downward hammer and other spells. 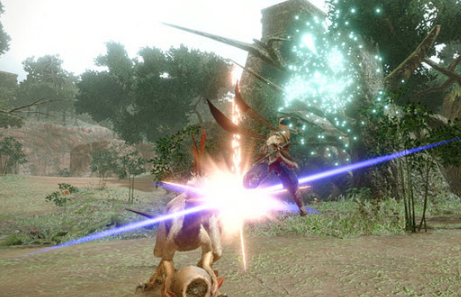 2, iron worm silk technology: the windmill. Unassailable. Attach the sword to the wire and swing it. Mob attacks can be invalidated while using the move. 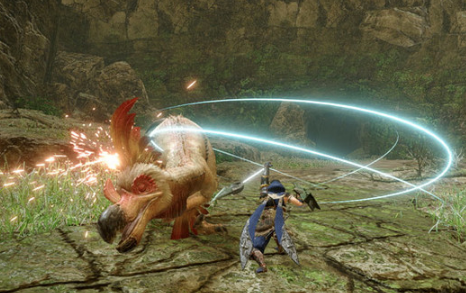 3. Iron worm wire technology extinguishing · rising dragon strike: it can be replaced with iron worm wire technology "windmill". Enhance the powerful Skyward Strike with the Flyer. You can use your shield to deliver a powerful hit. Move at the beginning of the moment can defend the attack; successful defence can achieve a counterattack so that the move damage significantly increased. 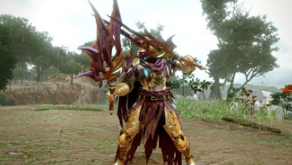 A weapon with an overwhelming attack rate, the Double Sword delivers a torrent of attacks. By ghosting, you consume stamina to increase your movement speed and perform a dance-like combo.

1, iron worm silk technology: dim Xiang. Sail flying dance, blood will be avenged. Move in the direction the joystick is pushing. When attacked while moving, you can shoot while rolling over. 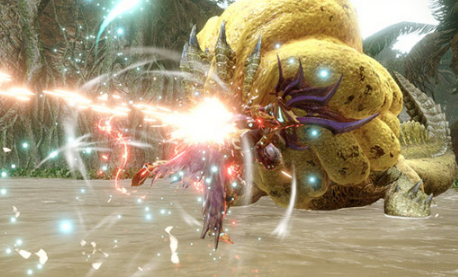 3, iron worm silk technology: insect cloud longitudinal. It can be replaced with the iron worm wire technology "iron worm cut wire". Release the glider upward to move. Although this move can not cause damage, after skilled use, even in drawing a sword, it can also be moved into the air under various circumstances. 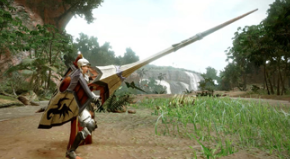 The pike is a weapon with excellent defensive properties. Its sturdy shield can stand up against powerful attacks and attack and move while defending itself. The defensive counterattack and quick succession of attacks are also beautiful.

1. Iron worm silk technology: duel winding. Duel, due to a line lead, no way to escape will be bitter no thorns to the target, can attract the target's attention. During no piercing, please press the button to jump to the monster's location while defending it. 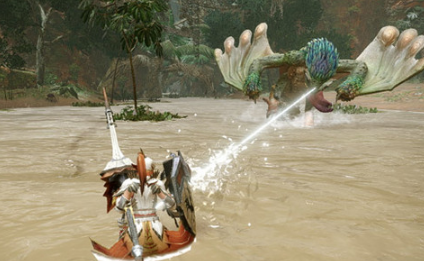 2, iron worm wire technology: anchoring storage energy. Anger flares and strikes. When you take a hit while shield building, your damage increases for a certain period. Depending on the power of the attack brought, the increase in damage will also change.

3, iron worm silk technology: flow spurt. It can be replaced with iron worm wire technology, "mooring storage energy". Instantly launch two quick strides, both displacement and counterattack moves. While defusing the attack with a shield, use the Flyer to jump to the target and quickly thrust it. After circled, take advantage of the situation, launch a fierce attack, at one go! This is a beautiful skill for this purpose. 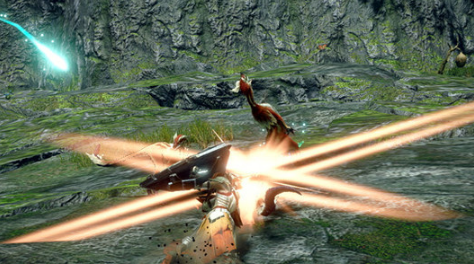 Okay, so that's all about some of the weapons in Rising of Monster Hunter. In the following part, the Switch information officer will summarize and sort out the partners one by one according to their needs.