It has been suggested that Apple announce a new iPad Pro this month, in the form of a press release (or online event).

However, according to the latest foreign media reports, Apple's upcoming high-end iPad display (Mini LED) faces a shortage of supply. 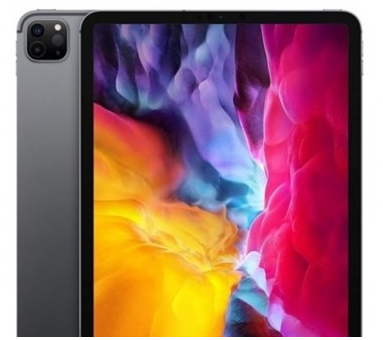 The next-generation display set to be the highlight of Apple Inc.'s upcoming iPad Pro is facing production problems that could lead to initial shortages of the new device, according to people familiar with the matter.

The announcement follows supply chain reports that some MacBooks and iPads have been delayed due to a global component shortage.

It is understood that Apple will launch the 2021 iPad Pro Wi-Fi version first, while 5G-compatible cellular models will arrive in a few weeks. This isn't the first time we've heard about the iPad Pro.

Rumours had previously suggested that Apple would release the 2021 iPad Pro simultaneously as the iOS 14.5 update. While no final release date has been set, it's wise to take this news with a grain of salt. What you can expect is a Mini-LED display on the iPad.

However, there are also rumours that only the larger 12.9-inch iPad Pro will have a Mini-LED display, rather than the 11-inch variant.

The main changes in the 2021 iPad Pro (12.9-inch fifth generation, 11-inch third generation) are hardware, including a mini LED display, a faster 5nm A14X processor, and cellular support for 5G for the first time.