What's the first thing that comes to mind when you think of a watch? Rolex, Budafiri, Breitling Swiss watches, but these are all stereotypical and business-like watches that feel like they were worn by older people.

The local British brand, Mr. Jones Watches, is determined to break the mold and make a watch that is young and vibrant. It's the best Cool Gadgets for men.

With the Christmas just around the corner, Mr. Jones Watches is also one of the best Christmas gifts for men, and let's take a look at how it's breaking the rules in the watch world.

Mr. Jones Watches are fun to wear without losing the collector's value of the original watch. Only a few years after its creation, European collectors have praised it as an imaginative work of art that is perfect for giving to men as Cool Gadgets. 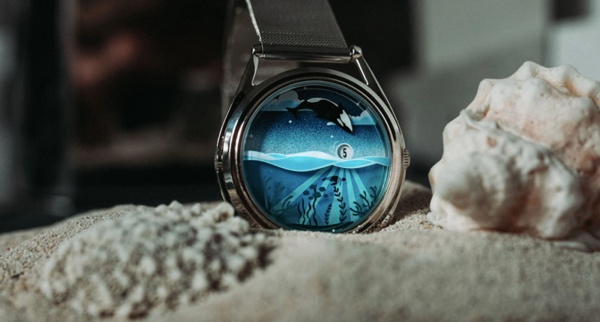 The founder of Mr. Jones Watches, Crispin Jones, graduated from the Royal College of Design in England and is a gifted designer.

Feeling that traditional watch brands were too orthodox and old-fashioned, Crispin Jones recruited his own team and decided to create an unusual watch.

In 2015, Mr. Jones Watches shot to fame in Europe with the King & Queen watch, a poker-based design.

The famous watch magazine watch review even commented: "If you compare watches to movies, Mr. Jones watches are a powerful piece of Hollywood black humor that redefines watches and time."

This watch is a creative combination of the poker element and the wristwatch, based on the king and queen characters from the poker game.

The lucky numbers on the chests of the Queen and King of hearts are the clocks, and the poker cards around them are the minutes, which are interesting to read. In the poker culture, the king and queen of hearts symbolize life and luck.

The designer designed this watch to tell the wearer that luck is in everyone's hands, and that when opportunity knocks, one must be willing to take a chance in order to succeed.

In addition to poker watches, the "The Last Laugh" collection from Mr. Jones Watches also has a deep philosophical message. However, this watch deals with a somewhat heavy topic - how we should face death.

There are two models in the series, and instead of relying on the traditional hands to read the time, the time is indicated by the skull's teeth.

The watch's hourly readout has a jumping function, so whenever the time exceeds 59 minutes, the hour will jump in the blink of an eye.The designer's thought is not difficult to understand: time flies, life is short, we should cherish it and laugh at life.

If you thought the "The Last Laugh" collection was amazing enough, you'll be amazed at the creativity of Mr. Jones Watches with this "Fantastic Exploits" watch.

The black and white dial is engraved with Victorian writing, old-school tattoos, and circus symbols, as well as a large kaleidoscope logo in the center of the dial.

The mix of classical, street, rock, and baroque styles made Swiss watchmakers wonder if this was the most innovative and daring watch ever made.

Of course, Mr. Jones Watches has also come out with a lot of fun and interesting watches, such as the "A perfectly useless afternoon" collection where the relaxed figure with straight legs is the hour hand and tiny plastic ducks float around to show the minutes. 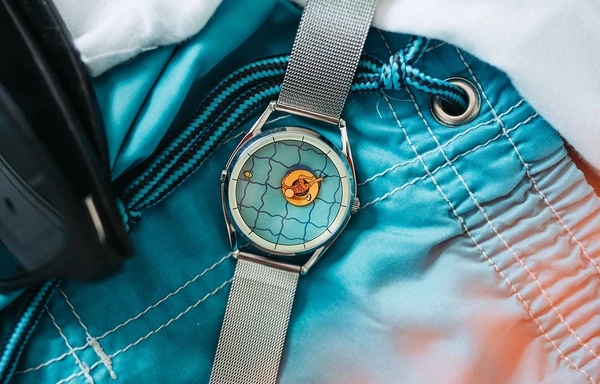 And the "Nuage," a fantastic watch with 22 carat gold and silver leaf plating, tracks the time by checking the position of the sun or moon in the sky.

The new moon represents 12 hours, from left to right. The sun rises from the left at 6:00 a.m., reaches the crescent's apex at noon, and continues until the last marker on the right at 6:00 p.m. The crescent moon is the last of the 12 hours.

The sun sets after 6 pm and the moon rises on the left, so the position of the moon marks the time from 6 pm to 6 am.

Since 2007, Mr. Jones Watches has produced a hundred interesting watches and they keep a behind-the-scenes look at designers, customers, and events on their website.

Take this limited edition paper crane watch designed by artist Hannah Sung, a former concept sketch artist at Disney, Netflix, and Fox who was introduced to Mr. Jones Watches by her husband who was a loyal customer and began to think about how he could use his creativity and unique style to design watches.

The watch, on the other hand, sold out in just a few hours on the day of its release.

There are so many stories like this one, and while the brand is popular with young people, Crispin Jones, founder of Mr Jones Watches, says, "We never follow trends. Instead, we make watches that tell a story, start a conversation, or just make you laugh."

Nowadays, everyone has a cell phone, and the time telling function of a watch is not so important. But a watch is more than just a tool to tell the time, it is a work of art full of creativity and warmth. After seeing so many creative watch designs, don't you think Mr. Jones Watches is the best Cool Gadgets for men?