Fresh food, snacks, beverages, and leftover food from the day's shopping fill up the refrigerator at home, especially in 2020 when people can't go to crowded places, so they will buy all the food they need. All kinds of food in the refrigerator will smell, and fruits and vegetables will smell after a long time, which makes opening the refrigerator every day an "odor attack."

We often use grapefruit peels and bamboo charcoal packs to get rid of odors, but in practice, they are not the root cause of the problem. So you need a Cool Gadgets 2020 to help you solve this problem better. 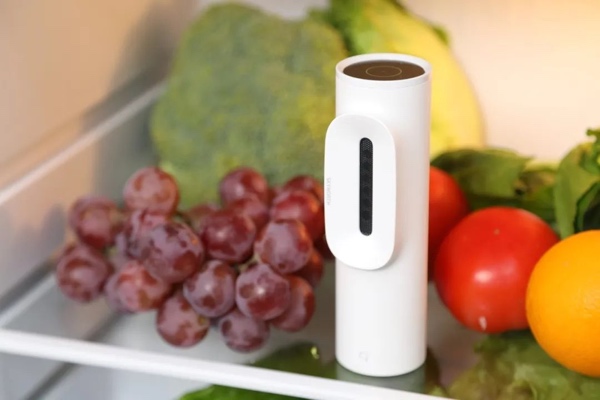 Compared to similar products on the market, this Cool Gadgets takes much less time to remove odors, and the odor-removing and bacteria-removing functions are really immediate, but also greatly extend the freshness of fruits and vegetables.

Depletes the secretion of ripening agents in fruits and vegetables, extending the freshness time.

Up to 45 days of battery life

Refrigerators, closets, shoe cabinets, and many other scenarios.

Created by the Skyworth team and certified by the authority

Do you know how dirty refrigerators are? According to a Home Health Report survey by the Council on Global Health, the number one dirtiest place in the home is the bathroom sealant, and number two is the inside of the refrigerator. The average refrigerator has 11,400,000 bacteria per square centimeter!

And the Skyworth Refrigerator Purifier emits ozone that not only eliminates odors, but also effectively disinfects! It emits 2-3mg/h of ozone, which directly interacts with bacteria, destroying their organelles and DNA, disrupting their metabolism and thus killing them.

To verify its bactericidal effect, we conducted an experiment using an ATP bacteria detector to compare the microbial content of the Skyworth Refrigerator Purifier before and after use.

Untreated refrigerators with bacteria detection values as high as 6448!

The Skyworth Refrigerator Purifier was turned on and placed in the refrigerator, and after only 24h, the number had dropped to 118, which is a convincing result!

In addition to its own measurements, the Skyworth Refrigerator Purifier is backed by reports from reputable testing agencies! The bacterial removal rate of E. coli is over 99% for Staphylococcus aureus, Salmonella typhimurium and E. coli, which are common in refrigerators. Even Listeria monocytogenes, the killer of refrigerators, has a 99.44% sterilization effect.

In addition to spoilage, food that has been left for a long time can produce unpleasant odors. Odorous gases such as methane, hydrogen sulfide, and methyl mercaptan are produced, and in a confined space, they produce what is known as "refrigerator odor".

After long-pressing the power button to turn on the machine, the machine starts to release ozone, which is released from the longitudinal emission hole designed in the front of the machine. In a three-dimensional manner, the ozone spreads to every corner of the refrigerator, capturing and decomposing odor molecules, thus achieving deodorization effect.

One might ask: Will the ozone effect be so amazing that it will affect food? Will it be unsafe?

Rest assured, ozone has already been used in a wide variety of applications in our lives, such as: sterilizing bottled water, disinfecting dishes, disinfecting medical supplies ...... and the Skyworth Refrigerator Purifier releases ozone at a concentration of ≤0.1PPM, a low concentration of ozone, which is broken down into oxygen upon release. Non-toxic and non-polluting, in line with international safety standards.

Cool Gadgets 2020 - Extending the Freshness of Fruits and Vegetables

For comparison, we did the experiment again. First, we divided the vegetables into two groups, packed them in plastic bags, sealed them, and put the Skyworth Refrigerator Purifier in one group, then put them in the refrigerator at the same time, and took them out after 5 days to observe their condition. 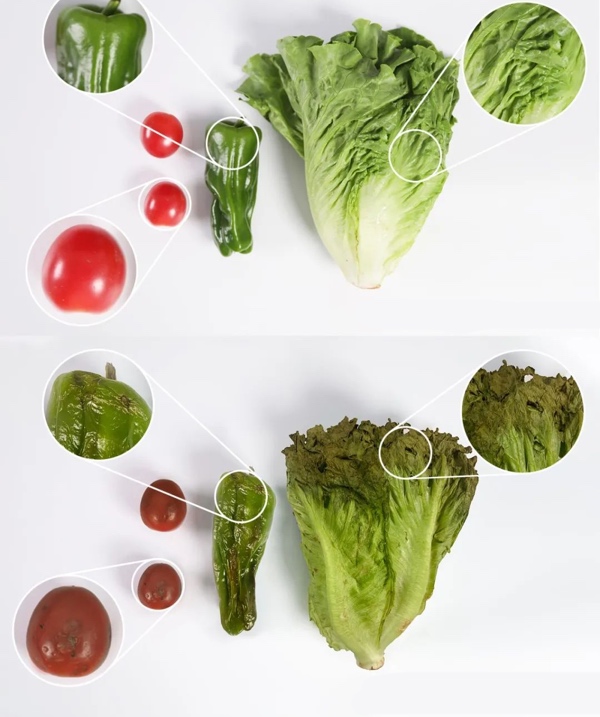 The result of this experiment is clear: the Skyworth Refrigerator Purifier is indeed a Cool Gadgets 2020.

Cool Gadgets 2020 - Not just for refrigerators 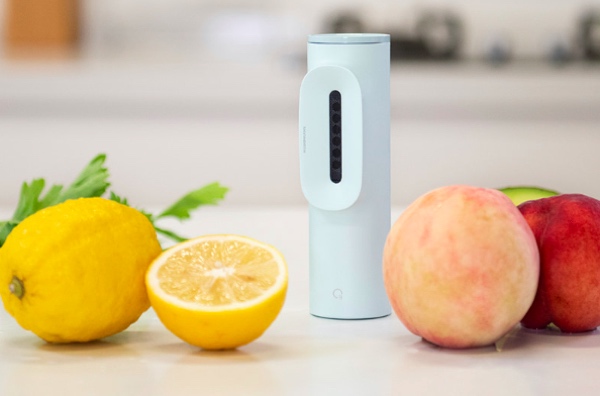