AMD Ryzen 9 5900 benchmark results are the most balanced overall

Rumours of a further AMD Ryzen 5000 series desktop processor have been circulating for quite some time, mainly involving Ryzen processors without the X suffix. Recently, Twitter user @tum_apisak spotted AMD Ryzen 9 5900 in the new benchmark.

At the lower TDP, many people will wonder how different the Ryzen 9 5900 is compared to the Ryzen 9 5900X. While UserBenchmark doesn't capture everything, it can at least give you a basic idea of performance. 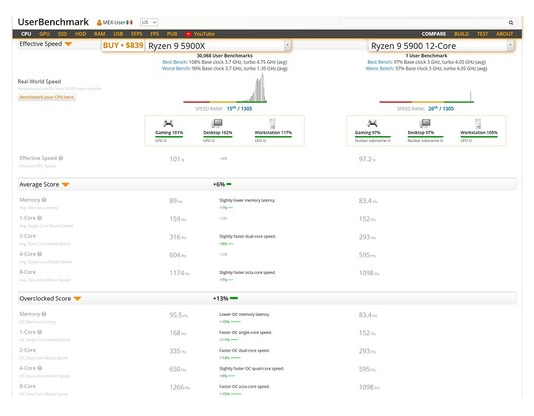 The only downside is that the Ryzen 9 5900 will likely be available only to OEMs like the Ryzen 4000 series APUs.